The existing loom was a real mess, with some of the cloth sleeved wires cracked and flaking off, lots hacked and butchered by a previous owner and almost all of them under the bonnet joined…badly. A new loom would cost in the region of £400 but wouldn’t be suitable anyway because I intend to make some important upgrades.  The original loom had a grand total of two fuses which is clearly not suitable for a modern restoration. Also I’ll be replacing the dynamo and voltage regulator with a modern alternator, changing the amps gauge for a volts gauge as the old one cannot handle the alternator output current, adding a Hi-Fi system and amplifiers to match the one in my newer Jag, adding a reversing light and relocating the battery in the boot.  So clearly a ‘stock replacement’ wouldn’t be worth buying.  I’m no stranger to car electrics, well, at least the rudimentary wiring fitted in my early vehicles, so I intend to make my own wiring loom.  It looks to most people to be a complicated minefield, but when you break it down, it’s simple enough if you take it one circuit at a time.  If you want the lights to work, you don’t need to wire the whole car, you just need to wire the lights.  Do that a dozen more times for the other components and you’re done.

I’ll be fitting a modern fuse box and relay box so the system will be much safer.  The cost of the wires however is always a stumbling point for bespoke looms, it’s not cheap as you need to have many different colours and a few different gauges. A better option is to buy a loom from a donor vehicle and strip it for the components.  I managed to get one from ebay from a high end Mercedes, so this obviously had all of the additional wiring for the extra features so was perfect. 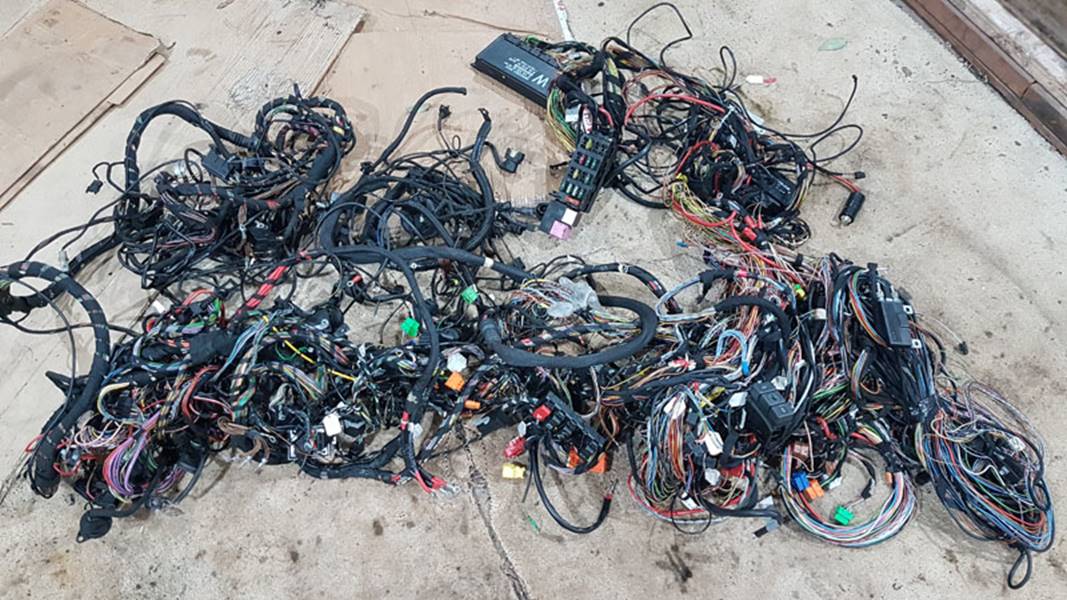 I spent a few hours stripping it down, and now I need to organise and categorise each one.

So, the loom above, when stripped down, didn’t actually yield as many usable wires as I’d anticipated.  Bum!  So, after some further searching, I managed to find a complete loom from an Audi Q series car that was being stripped due to a cambelt snapping and toasting the engine.  It was reasonably cheap and reasonably close.  Well, close enough to collect it and also take the wife on a jolly, still getting back home in the same day!

The last loom was a massive job to strip and organise the wires, and now I had another even bigger one to do.  It took me a day or so, and this time I labelled the length of each piece too, which was something I only thought of after I completed the first one.  Never mind, better half labelled than none.  Almost done here - 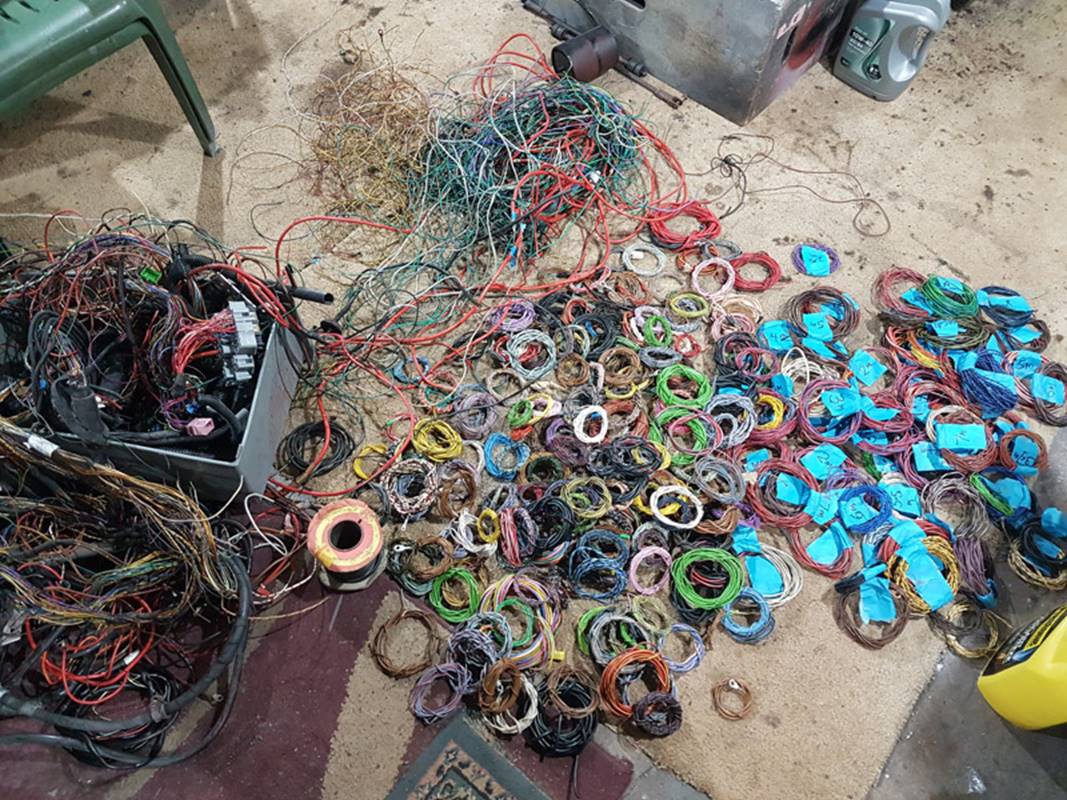 I think that I now have sufficient wire to complete the loom, plenty in fact, and I still have some bits that I haven’t stripped yet.  I did the easy/best bits first.

As the original fusebox was about the size of a matchbox under the bonnet, trying to find a space for a more substantial unit to house the additional fuses and relays was a bit of a conundrum.  In the end I copied someone else’s idea had a brainwave and decided that, as there was no room under the bonnet, the next best thing was under the passenger dash area. A hinged panel will drop down to give easy access to the fuses and relays, but can then be screwed back up to be both discrete and secure.  This is also a busy area with the wiring loom, so an ideal place to tap into the circuits without too much redirection. 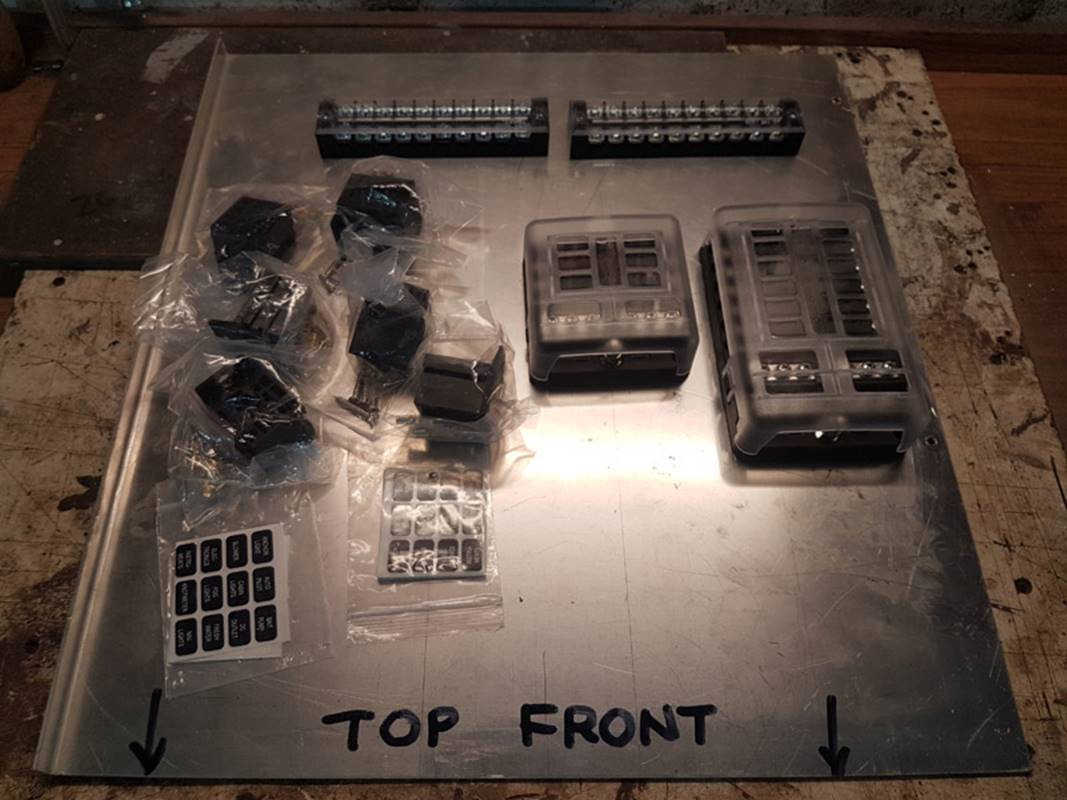 I had a large piece of aluminium which will serve as a base.  After far too many fitting attempts, I was eventually happy enough with the size and shape and committed the card template to the sheet. There was a slight cutout for the heater vent and a bend of about 30 degrees at the midpoint. I managed to perform the bend without too much drama because the aluminium is reasonably soft.  But I really need to take some time to make a metal sheet brake (metal bender) which will make life so much easier.  Anyhow, I have two banks of fuses, the larger will be for switched supplies, and the other smaller unit for permanent or unswitched supplies.  With a total of eighteen fuse slots available, I’ll be able to vastly improve the safety of the electrics.  There are also six relays, in two banks of three, which will supply the high power items such as high beam, fograngers, horn, etc.  To make the interface more user friendly, I also have a bank of twenty connector strips. 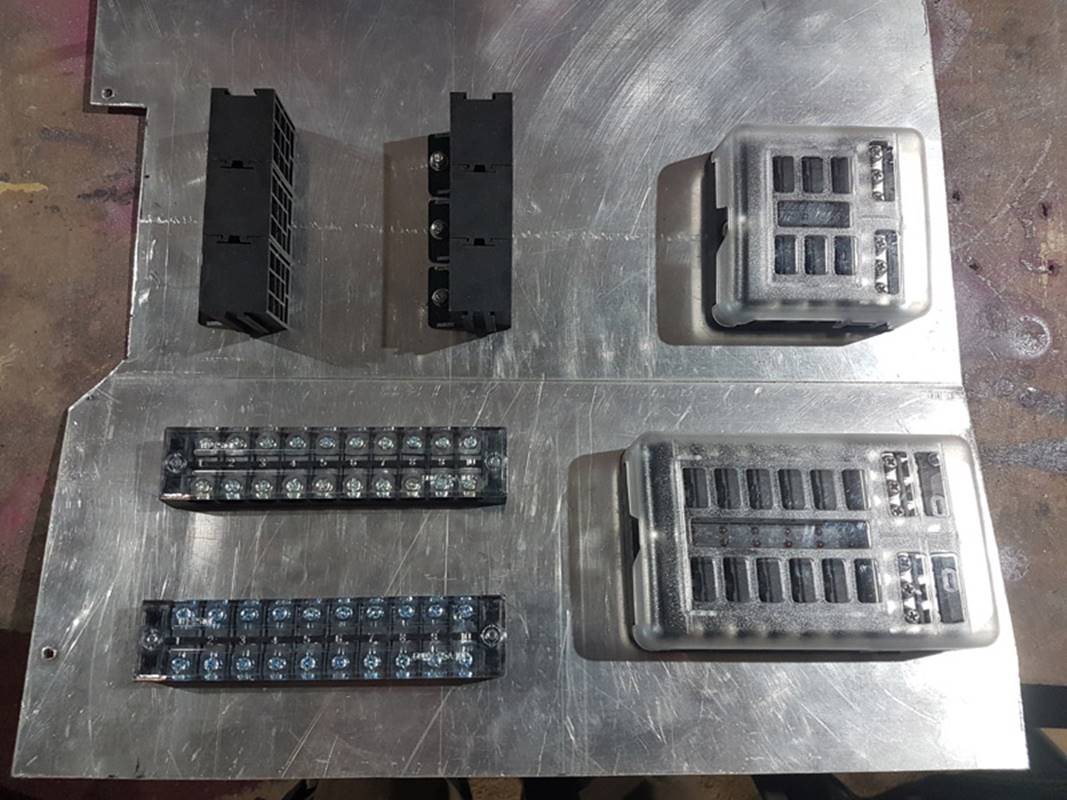 Being old-school, my first instinct was to plan to solder all of the electrical connectors.  The last thing I want is to have any issues due to poor connectivity.  But after a fair bit of research and consulting with The Google, I had my mind changed when I discovered the more modern crimping tools that are now available to the home user, especially as they are very reasonably priced.  Just had to wait a week for a suitable device to be delivered from China.  They are available from more local suppliers, but they are exactly the same item, just twice the price.  Being in no particular rush, and also being particularly tight, the wait was insignificant. 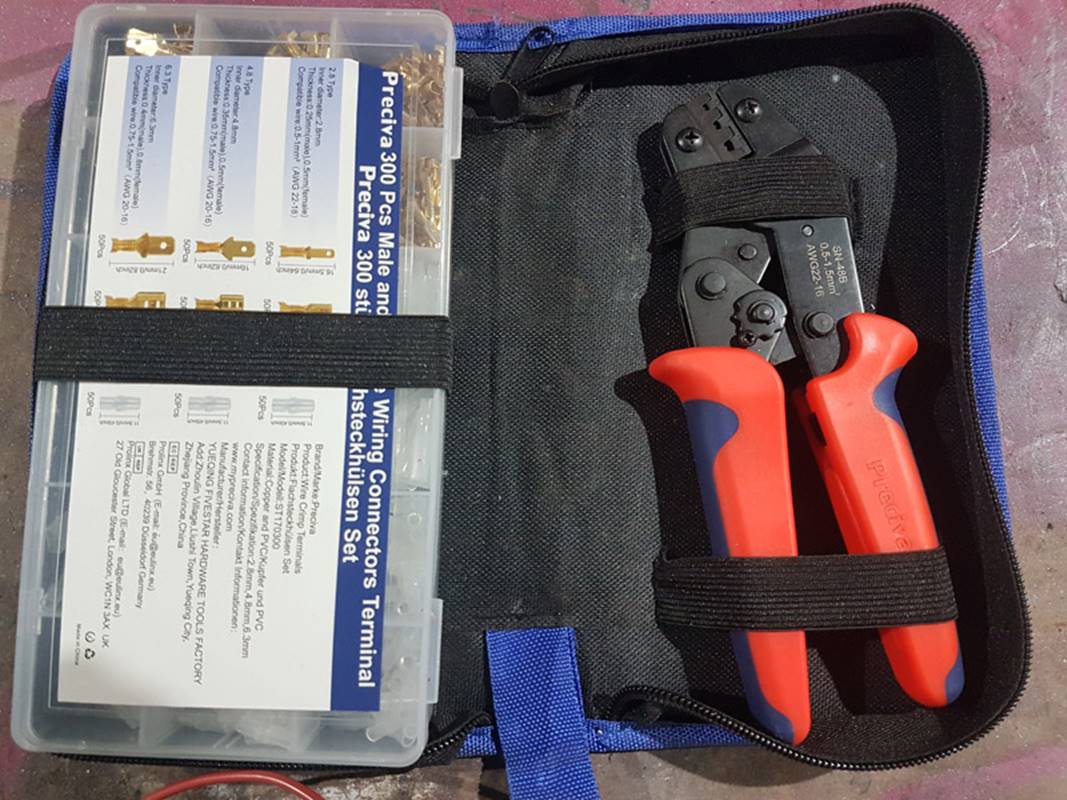 Before fully committing to this new fandangled device though, I first performed a few ‘test crimps’ to make sure that they were of sufficient quality for both the electrical connectivity and the mechanical integrity of joint.  I was more than pleased with the tests, so it’s full steam ahead with the crimping.  (Despite some part of me still wanting to run a slither of solder over them ‘just to be sure’, I think that I will try my best to resist and put my trust in these.  Old habits and all that.)